Some people say you can predict the sex of a calf by the dam's poll hair in the last weeks of pregnancy.  Neat, straight poll hair indicates a bull calf while messy poll hair means a heifer.  Last year was the first year I paid attention. 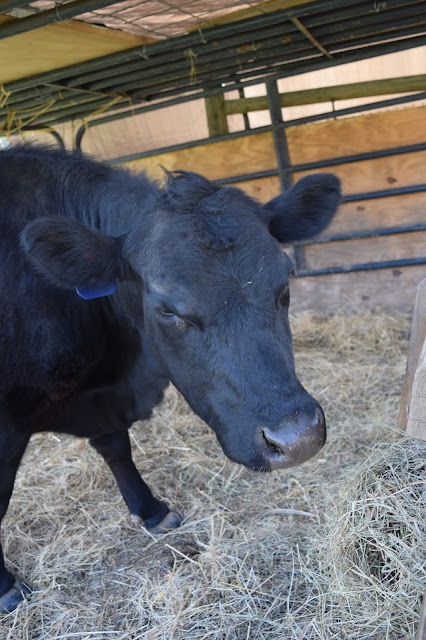 She had a bull calf, Seb. 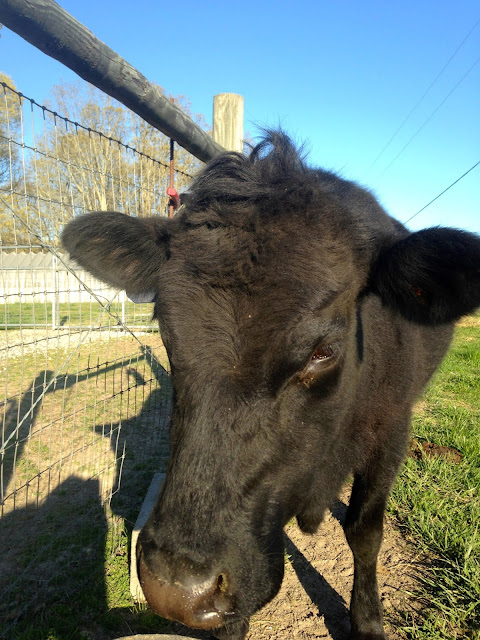 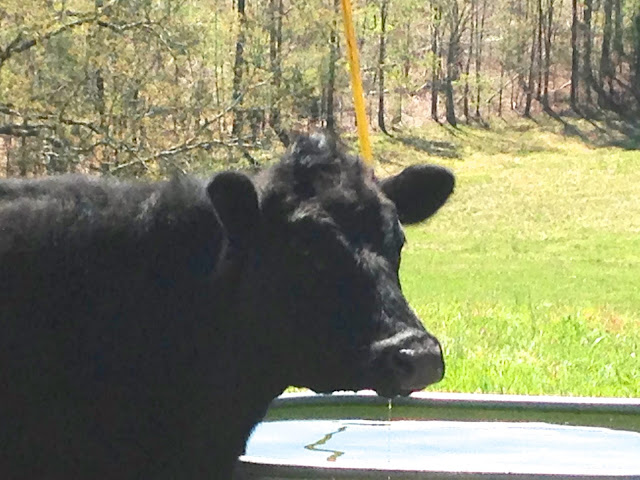 And one from yesterday--or should I call it "pole" hair, as in telephone pole?

I'm hoping this year's poll hair is just a little messier and spikier than last year's because I'd love a heifer.  But let's take a poll:  What do you think Ebby's having this year?
Posted by Susan at 11:09 PM

Email ThisBlogThis!Share to TwitterShare to FacebookShare to Pinterest
Labels: Calving, Ebony, Fun on the Farm