The old Gypsy chicken coop would have made a nice sheep shack if it didn't have a wire bottom that sharp sheep hooves would poke through. 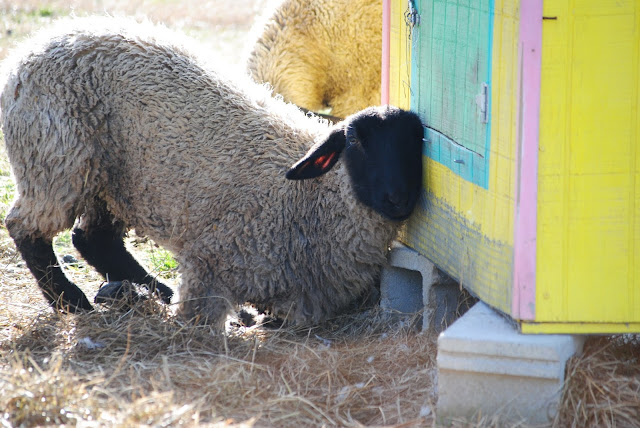 It does, however, make a handy sheep scratching post! 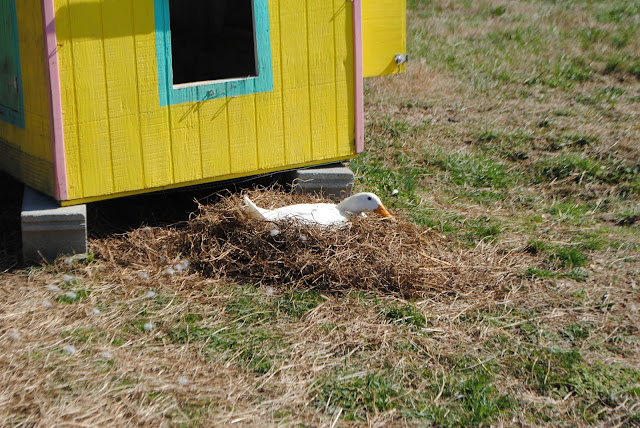 It's also a cheerful place to bask in the sun while setting on a clutch of duck eggs.  The sun, however, has been rather scarce around here with almost 14" of rain in the first two months of this year.  Who wants to walk around wearing a water-logged wool coat when it's cold and rainy?  Not I and not ewe--and wethers don't like that kind of weather, either! 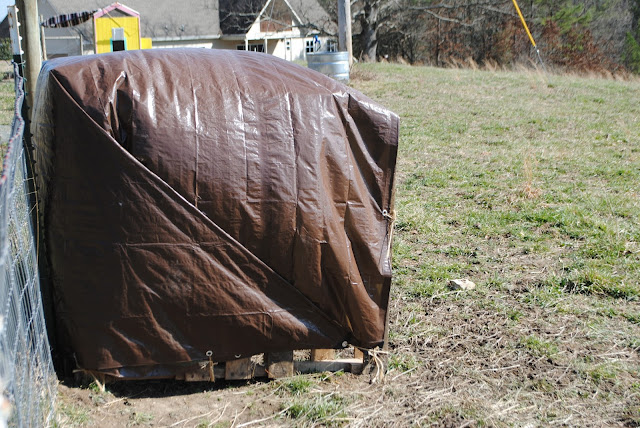 So Herb took an hour out of studying and threw together a cheap sheep shack so our wethers could be happy whatever the weather. 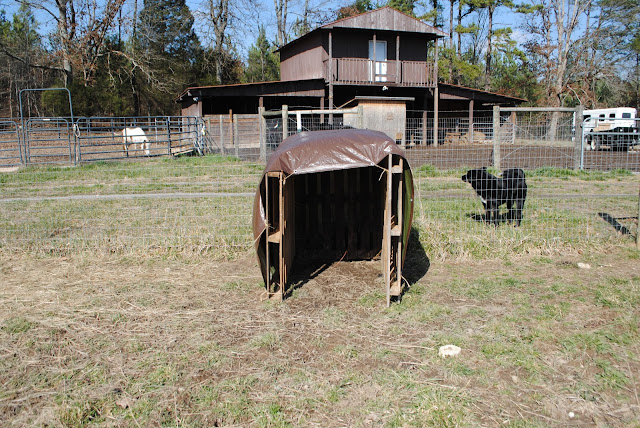 He used four pallets, some hay twine and a tarp. 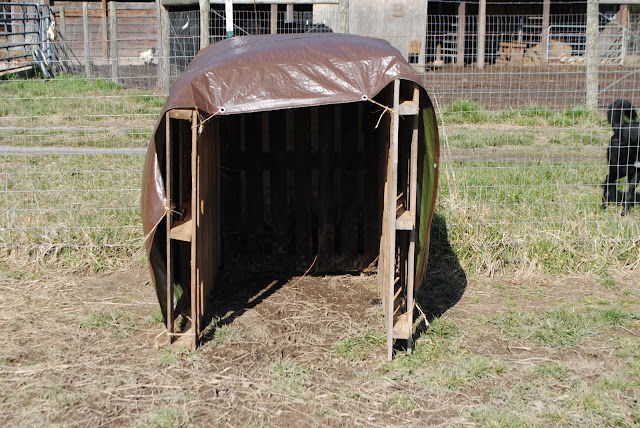 Three pallets make an open-sided shack with a fourth pallet for the roof.  It isn't pretty, but it works!  About the time Herb finished the shack it started to rain, and before he got inside the house, the sheep were inside theirs. 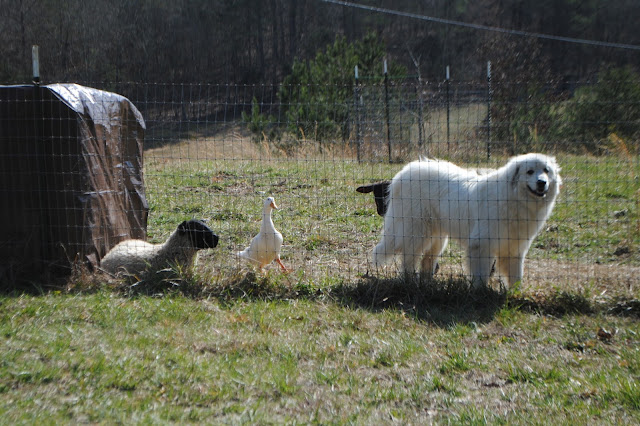 I waited for a sunny day to take these photos, profiting from the nice weather to patch a gap in the Misty-proofing of the Home Pasture gate.  We felt a bit like the government, having problems with Misty-Leaks instead of Wiki-Leaks.  Misty had been "leaking" out of the pasture at night, necessitating a second trip outside to shut her in the Misty-proof barnyard.

Herb finally found the source of the leaks:  She had shoved my roll of chicken wire aside so she could crawl under the lower gate.  But Herb fixed the "leak" just in time.

We arrived home from babysitting Charis and Kol last night to find a strange, HUGE dog starting up the driveway toward the barn and pasture.  Our arrival scared it away even before Misty was aware of it.  When we let Hero and Zephyr out all three dogs chased the stranger away and made it clear he was unwelcome.

Thankfully, everyone was fine.  We were glad we could put Misty in with her charges and know she would keep them safe.  As far as the animals in the barnyard, between Brandy and Sara, I pity any stupid dog that would try to get in there!
Posted by Unknown at 1:06 PM